Labyrinth at the Cathedral of Notre Dame, Chartres, France 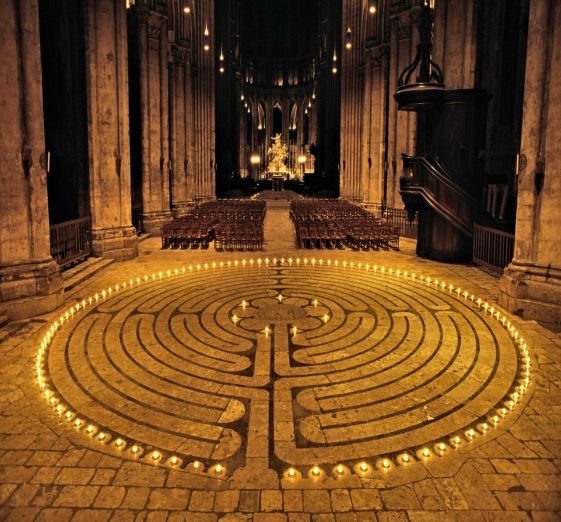 What is a Labyrinth?

Labyrinths are ancient patterns found all over the world. They are of many types sharing a single overall design. Their origin is as mysterious and their uses are as varied as their patterns are. All labyrinths are a kind of game, but that does not negate their seriousness. According to Hindu lore, the universe itself is a game, a lila, that the gods play. Walking a labyrinth is following in the steps of Shiva Nataraja, the Divine Transformer who is Lord of the Dance.

What Is a Labyrinth?

A labyrinth is a complex and circuitous path that leads from a beginning point to a center. There are two primary varieties:

Where Did Labyrinths Start?

The labyrinth pattern had no particular start that we know of. It is an archetype in the human mind. Labyrinth patterns are universal, being found as archaic petroglyphs, Amerindian basket-weaving designs, and paintings or drawings from all over the world. The earliest reported labyrinth was a two-story stone building in Egypt, described by the Greek historian Herodotus, but the name comes from the Cretan structure in the myth of Ariadne, Theseus, and the Minotaur, a pattern that also appears on ancient Cretan coins. In the Christian Middle Ages, labyrinths were often formed with colored paving stones in the floors of cathedral naves, especially on the Continent. Later, labyrinths were sometimes constructed of turf, herbaceous borders, or hedges--frequently in maze patterns and especially in England.