This was one of the most interesting cases I have found on misleading information on the Internet, so I did a "deep dive" into investigating it. Here is how I got to the truth. 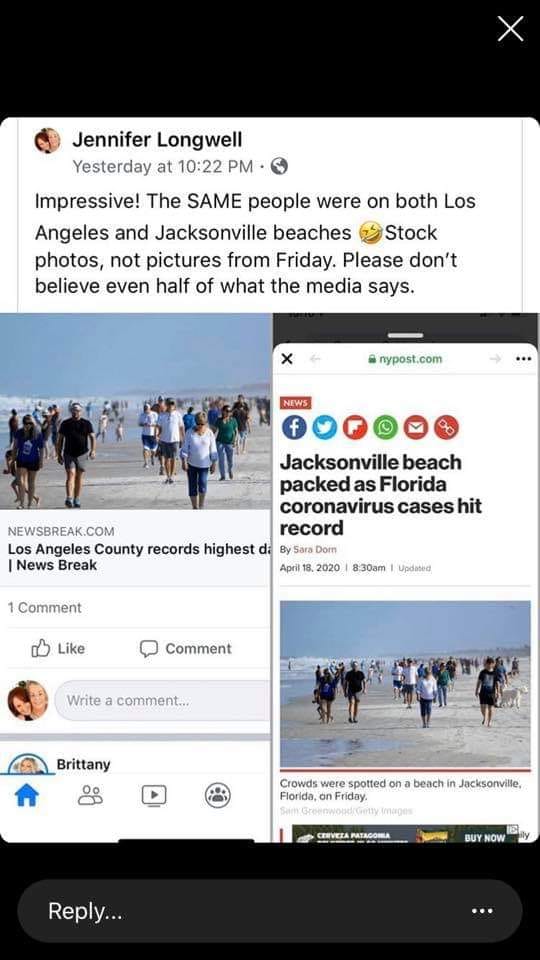 I know that most claims I have seen on Facebook, particularly the ones that say things like "Don't believe what the media says" are simply not true. So, I did not pay these too much mind. However, then I saw the same claim from an ACTUAL local news outlet in Jacksonville: 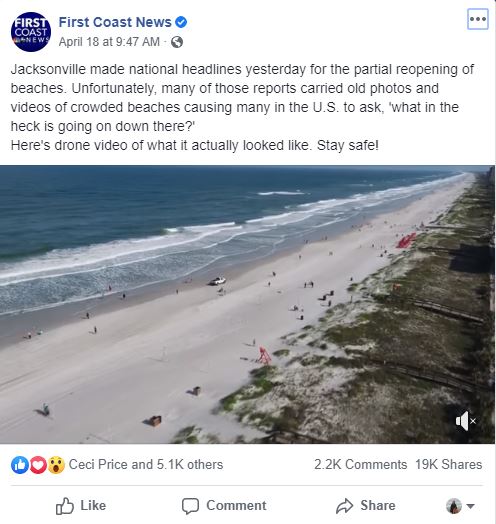 So, I began searching for the origination of the photo in the first picture-- was it in L.A. or Jacksonville? Was it old or new? What I found was that these were, indeed, taken on Jacksonville Beach the day of the reopening by a photographer who sells his "stock" photos to news outlets. They were real. Other people found the same and began confronting the local news outlet, First Coast News, who quickly changed their headline not to include that the other photos were fake, just that here was their drone footage. Perhaps, they even believed they were fake based on some of the non-crowded parts of the beach they saw. 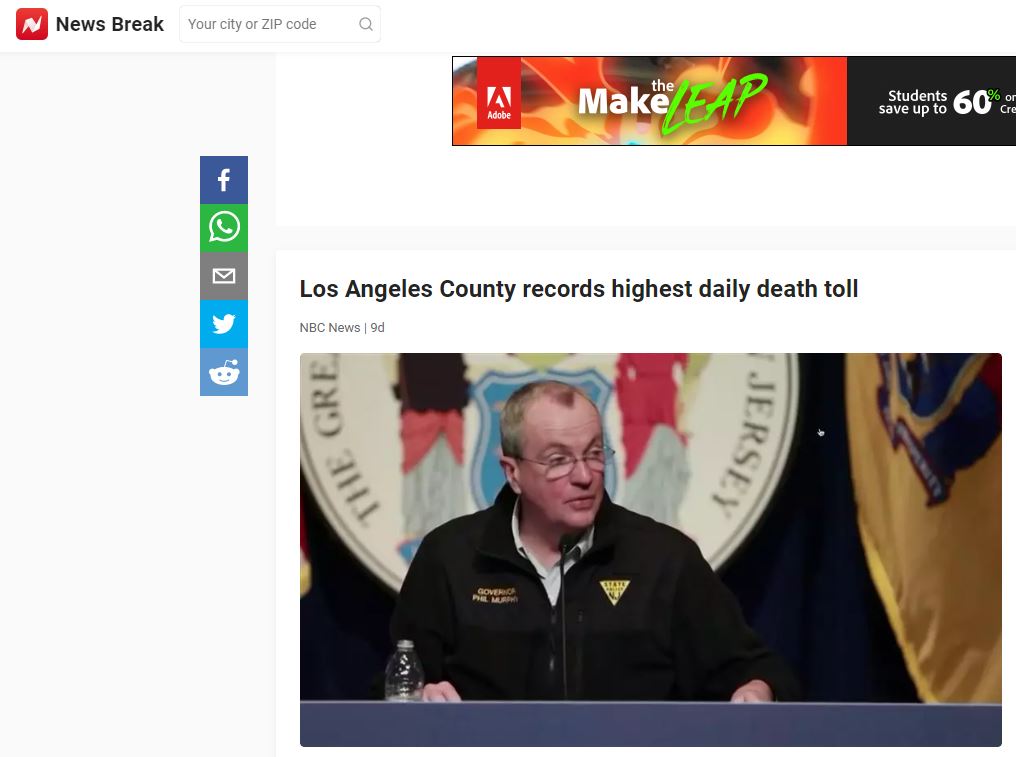