This tutorial will help you evaluate and analyze sources critically in order to judge their appropriateness to your purpose.

It is important to question media images and to place them in the context of critical thought. For example, is it true that we will possess greater appeal to the opposite sex if we purchase and use Brand X toothpaste? Has this claim (the link between sex appeal and a particular type of toothpaste) been studied empirically? What is the evidence for this claim?

Now, many of us believe that we are not influenced by such ridiculous advertising claims, and this may well be true, yet it is just as true that most of us are fiercely loyal to specific brands (often those used by our parents) even though there may be no good reasons for this loyalty. And it is also true that we frequently associate certain advertised properties with certain products, like success and power with certain types of automobiles, even if these products have little or nothing to do with these properties.

It is thus important to develop the skills needed to critically evaluate the advertisement format and its proliferation in various forms of mass media. We must first recognize that these images bear a message, that they seek to transmit feelings and needs, that they frequently play on human desires and fears, and that they seek to elicit specific forms of behavior: the purchase of a product, loyal viewership, or a vote. We must then attempt to reflect and look carefully at the messages that are being transmitted to us. It is also important to subject these images and advertisements to multiple interpretations, for it is frequently in this way that we discover the assumptions and implicit messages embedded in them. And, in addition, it is important for us to read about and research the products, daily events, and political issues that concern us. It is important for us to look for more carefully displayed public forms of evidence, such as empirical studies and logical debates. 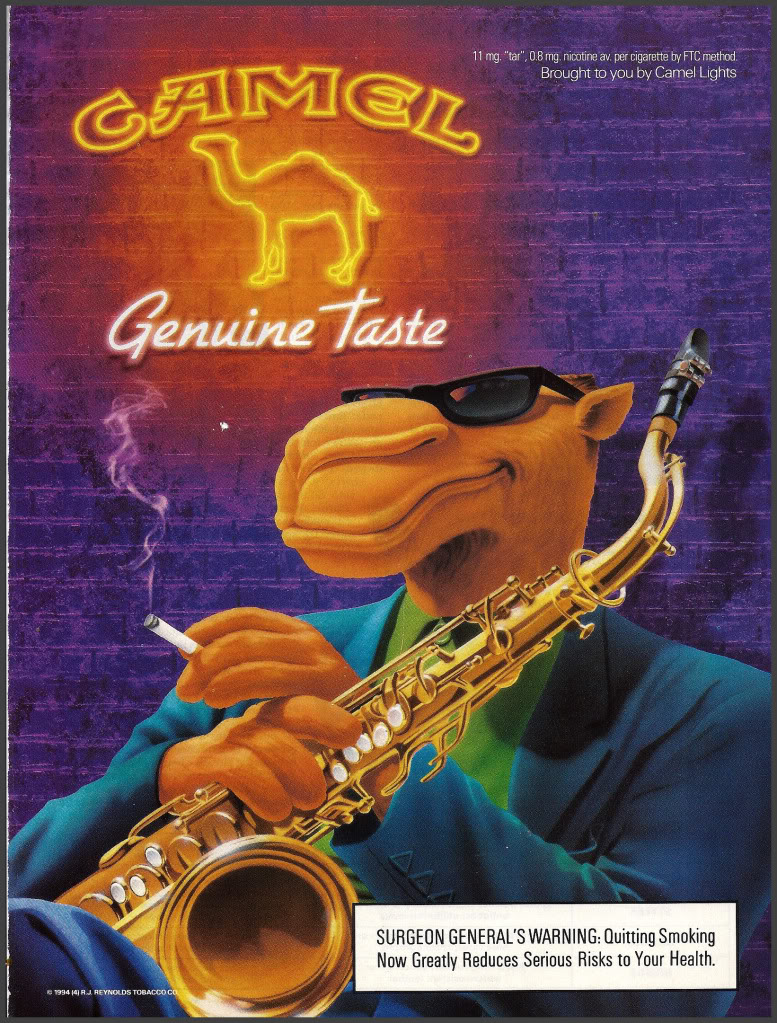 The image to the right, for example, can be read or interpreted in a variety of ways. The obvious surface message is that Camel cigarettes offer genuine taste. Yet there are certainly other messages embedded in this image as well. The image is obviously intended to appeal to males, with its male figure and allusion to genuine rather than artificial or weak taste. The image is intended to appeal to young males, with its cartoon appearance and camel/human cartoon character. The male figure is presented as musician, as cool, composed and happy, and, ultimately, as hip and "together." The scene is set at night, as is suggested by the dark blue background and the neon light, and also suggests a night club, a party atmosphere, and, of course, the interaction of males and females. The image obviously suggests that if you are a young male and wish to appear attractive to members of the opposite sex, if you want to appear strong, cool, hip and "together", then you should smoke Camel cigarettes.

Obviously, whether or not a person will possess the properties associated with this cigarette brand by simply smoking this cigarette is an open question. In fact, it is extremely doubtful that there is a link between these properties and any cigarette smoking. It is by critically evaluating images, and by seeking evidence for the implicit associations that they project, that we will begin to deconstruct the associations that others have very carefully embedded in their visual presentations.

Note: Obviously, not all advertisements are false, since many do highlight the actual positive attributes of their product. However, it is only with some critical evaluation that we will be able to make this determination.

The typical American witnesses an astonishing array of visual images each day, most of them in the form of television, internet, or magazine advertisements. It is now estimated that the typical American views as many as 30,000 to 40,000 such images per year.

As human beings we have frequently create images to help us understand our world and our place within it. Now, perhaps even more frequently, visual images are created for us by others, and they are usually created to move us as consumers toward the purchase of a product. The advertisement format (usually a visual image aimed at emotion, desire, or instinctual impulse) is primarily designed to provoke a form of behavior, usually the purchase of a product. Advertisements are typically not designed to provoke thought and critical evaluation.

Visual advertisements frequently feature retouched photos and idealized images, especially of males and females. The sets of images seen here were doctored to slim their subject or to remove "imperfections" such as wrinkles or shadows. 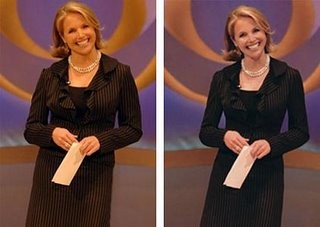 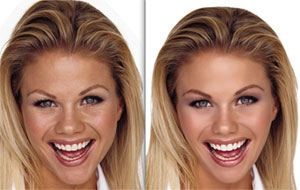 The advertisement format (image aimed at emotion) is now used in the mass media as the primary mode of communication, as its most effective means of mass persuasion. This format is now used to communicate or deliver most television and internet news, and it is the format that has been co-opted by politics to deliver emotional and "persuasive" political messages. Television and magazines give us our world, indicate our place within it, and even outline various notions of personal identity-frequently with little critical reflection or evaluation. Democracy has even become, for many at least, the passive consumption of images, rather than active public engagement and thoughtful debate.